It seems as if poorly executed pencil squats on my part has resulted in an aggravated sciatic nerve. Have never felt such pain in my life, and the worst part is that you can’t really take a load off without making it worse! A prescription of some sort of steroid is helping the pain, but if part of your life revolves around making noise contra fucking everything hellish emanating from empire on Twitter (which is kind of a drug in itself), steroids suuuck. Twitter on steroids — not recommended!

The first rule of lefty social media sphere is to never question CODEPINK. In traditional narcleft actorvist form, their occupation of the Venezuelan embassy is about, surprise! them. @jahl9000 and @korcounterprop have been making mincemeat of them lately. It’s nothing less than courageous to do so when their proletarian opponents have faced mass media intimidation and personally-delivered threats from intelligence agents.

[B]y and large, Benjamin said she and her fellow activists have a sort of working relationship with the officers, who often greet them cordially as they wait in line outside a hearing room in the morning.

“We respect each other, we even like each other,” she said. “There can be a bad apple here among them, just as they probably think the same about us.

“They see us in the morning and they start laughing and joking and say, ‘Give me a hug now because I might have to arrest you later.'” —bbc.com, 2014

The well-deserved, necessary, criticism of this unserious, anticommunist controlled opposition, the supposed zenith of antiwar resistance in the US leftish-clingers apologize for all day, has been met with serious threats to the livelihoods and safety to people I consider friends, however virtual the connection may be. So excuse me if viewing the alleged doxing of a (former?) PSL member in brownface looks like not much more to me than a pseudo-battle of competing fronts is offensive to some. 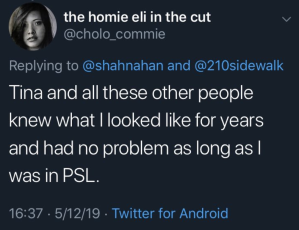 Being expected to defend a thought leader whose follower count rose to numbers in the 1000s that independent critics of imperialism couldn’t gather pounding away on Twitter for twenty years if they tried within the matter of two based on a backwards formulation of hitlerian race science is extremely offensive and insulting, not to mention another depraved blow as far as what we are supposed to normalize as acceptable socialization between those more and less privileged among counter-propagandist groupings under an expansive fascist state. The encircling of anti-imperialist critics becomes tighter and tighter, and waving away Woke™ “race play” is in fact another tactic to break down these relations and solidarity. A cut, if you will, among many to fray already tenuous virtual solidarity and to make marxist — and daringly left “conspiracy theorist” — spaces appear uniformly racist and untrustworthy.

Oh no am I being “canceled”? asked @cholo_commie at some point, what all serious critics of imperialism facing real threats first seek to mitigate damages to, the “me show”

It was hard to ignore this spectacle when I came across that little tidbit because it reminded me of how far Assange is up his own ass and how far his followers and even “critical” supporters have followed him up there. It would be of course absurd to compare Mr. Cholo’s presentation of information to Agent Assange’s. But, as a friend pointed to, this centering of his importance to telling the “real story” to people who, one would imagine, would certainly not forget about the cultivation of the “Arab Spring” from questionable sources that have watered down the more impactful research of those who go unnamed and unappreciated further compounds his “bad look”. 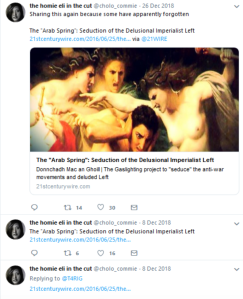 Well they certainly wouldn’t forget these facts if they weren’t looking to make personalities the anchor of their analyses. But apparently he garners a forgetful audience who can’t assemble basic fact patterns that necessitates him as the focal point in all this. And again, as Mr. Cholo and his devotees insert him as the “latest victim” of CODEPINK, dozens of others and therefore their contributions are erased. CODEPINK has already done a disservice to the Venezuelan people by spectacularly advertising their hunger, their thirst, their safety, for occupying an embassy with admitted friendlies who are most likely only there to ensure the show goes on.

But now we have another “problematic” champion to defend on top of the damage done. Is there any other kind? The point is not that anyone deserves to have their photos published by skeevy fed-lefts nor that there is an “innocent” champion among us, but that racially privileged people have a responsibility to at the very least not propagate white supremacy any further especially if they belong to an organization or even an informal group of like-minded people in order to not compromise them as well. This was a very convenient setup to my mind.

Agent Assange was made to sexily look like the bad guy as much as his “critical support” wing would like to spin the rape threats as damaging to him and to truth (?) telling in general.

Considering the character and similar orbit of the twats who took shots at him at the time this particular chapter was unfolding, it’s clear that the twisting of “alleged rapist” was nothing more than myth making. The people who were said to have had the power to accuse and ruin him are the same ones who’ve given us the play by play on his supposed “imprisonment” over the better part of a decade. 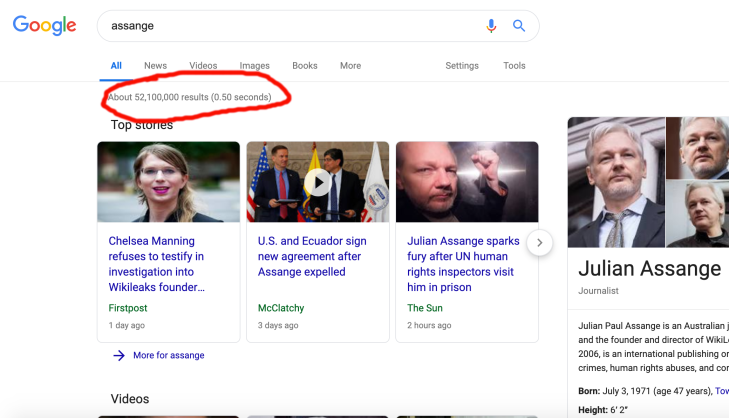 I felt there was a risk my location would be revealed and that she might act unpredictably if she believed I was rejecting her. During that night and again in the morning we had consensual sexual intercourse on four or five occasions. Her words, her expressions and her physical reactions made it clear to me that she encouraged and enjoyed our interactions. –from a statement that can be read in full at defend.wikileaks.org that emerged after the alleged questioning of Assange at the Ecuadorian embassy in November 2016

Rapist or misunderstood hard boiled truth teller? Or somewhere in between? Oh right, that’s not the point in this historic fight for freedom. It’s his principled stances and good company, 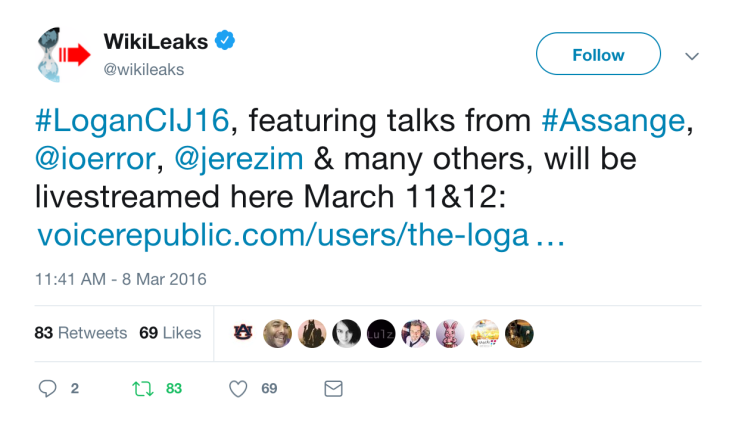 Oh wait, I mean, it was his early exposing of american war crimes:

WikiLeaks has already received credit for political changes in Egypt, Libya, Tunisia, Libya, Syria, and Yemen, and one has to wonder who may be his next targets? —wallstreetwindow.com

Shit! At least he’s sincere about bringing everyone together against empire:

Libertarians on the right, claimed Assange, “will be the driver that shifts the United States around.”

Uhm, well, at least in WL’s telling of “all sides” of the war on Syria, we got some verified truth in repor–

As the drama that centers Assange as the ultimate actor and martyr continues, we’re now to believe that a spokesperson for the USAF is telling the truth about the ongoing torture he’s being subjected to presently, down to the type of drugs and who is doing it, because if there’s anything the CIA et al are known for, it’s transparency and accurate reporting of their operations in real time.

People who claim this isn’t about him are wrong and the way they so crassly and carelessly claim that anyone associated with the “fifth estate” will be more easily “Guantanamo’d” if we fail to throw in our support using hashtags, I guess, is telling of their ignorance of recent history of the persecution and prosecution of truth tellers within USian borders if not of their intentions. Assange sees resistance as rightist because that’s what he’s supported and the cultivation of all the themes involved with rightwing, nazified fake resistance have gone mainstream to the point now you’re damaging “the left” and the correct line of critique if you question the mechanics of how certain spectacles go down and the overt racism of those involved. Perhaps Assange is correct: the future of the state of the US will turn on the right libertarian wing because that’s the sort of logic that’s transforming criticism of society based on race and class into individualized hogwash.

I read a “funny but true” comment on r/LifeAfterNarcissism, from a “family” of subreddits I’ve talked about before:

When shitty narcissistic people get caught or are just proved wrong, it’s as if you can see this running through their heads. Total denial. I don’t want to find myself having to make those excuses and I do not want to be associated with those who do. To recognize these traits inculcated by fakeleft production whose modern variants have decades-long history now is more than just gauging personalities and their supposed unique psychologies. To quote Lasch again:

Every age develops its own peculiar forms of pathology, which express in exaggerated form its underlying character structure. In Freud’s time, hysteria and obsessional neurosis carried to extremes the personality traits associated with the capitalist order at an earlier stage in its development — acquisitiveness, fanatical devotion to work, and a fierce repression of sexuality.

He goes on to discuss how personality disorders had begun to attract more attention by the medical establishment since WWII in his time. Where are we at now with such commanding of personality and socialization virtually? If you don’t like it, fuck you, and even if you do, fuck you, pay me? Cutesy phrases repeated ad nauseam that cover for the deeper psychosis of ultraviolence omnipresent in all forms of imperialist media. More to discuss about that next time.