There’s been plenty said already about Alexandria Ocasio-Cortez, and the media saturation is nauseating. This entry is not so much about this weirdo who has somehow virtually overnight garnered a degree of notoriety that allows her to be identified by just her three initials as it is about her as window dressing. And at any rate, there’s not much to her as an individual subject.

Her handlers have had her shake it like a polaroid picture, literally via Instagram, and like such a photo’s quick development, her positions barely have time to “dry ” before they’re proven bogus by her diametrically opposed actions that are easily tracked in the public record. And yet, her followers do not care. They want to “like” her dance routine/preparation of macaroni and cheese twice. Maybe ten times. I find it very shocking to witness; the work of degrading and disrespecting the audience has as its fruit double time exposure as the rest of us who do not buy in — who laughed off the bat at her emoji-fake expressions knowing exactly who “she” is — have no chance of interjecting anything factual to this crowd, convinced they are doing socialism.

END_OF_DOCUMENT_TOKEN_TO_BE_REPLACED

Technology has moved what is known as reality forward in such a rapid manner it’s sometimes difficult for me to reconcile life as I know it now with my early beginnings and my material reality growing up. It’s as if it couldn’t have happened like this, utterly surreal. I lived on a five acre farm with my parents and siblings a few miles outside of a tiny town. The house was also tiny and didn’t have central heat or air or a furnace.

It was originally built as one room and others were added on in succession, even the plaster kitchen. A wood-burning stove was at the center, and eventually we got a window-unit air conditioner. The dining area was sealed up with tarp or sheets on hot nights as it blasted, and we children zipped ourselves up in sleeping blankets on the floor, unable to bear it in our rooms, because it had to run so cold to keep the whole room habitable.

END_OF_DOCUMENT_TOKEN_TO_BE_REPLACED 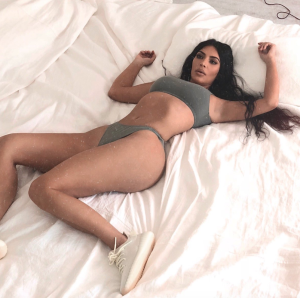 Celebrity plastic surgery is a topic I have a morbid fascination with, and I realized recently that their deaths are something that I have incidentally studied over the course of my political education as well. And I know I’m not alone in this because observation of this life and death cycle of ruling class avatars is something that is forced upon us through so many types of media now. I avoid a good deal of it “in real time” like anyone can, but it’s an ever present element of american media now.

I don’t think all people who have lived in the spotlight as television and film culture has evolved and developed throughout the 20th century were talentless hacks who became well-known for recording sex tapes or autotune voice enhancement or you-name-the-superficiality specialty niche audiences were created for. And certainly there are still those who remain, who take the arts of theater, film, and musicianship seriously. To me, it’s becoming more difficult to recall those times when actual acting talent was celebrated by the big networks, even, and debuted on their late night shows once meant for an adult audience, and I was just a newborn on the cusp of the disappearance of these more serious attitudes in the mainstream.

END_OF_DOCUMENT_TOKEN_TO_BE_REPLACED

Remember that tune? I’m not sure why I put the ostensibly most important and enlightened political thought of our day to the only J. Geils Band song I have at my immediate recall since I haven’t heard it in a long time. Maybe it’s the pause between the repetition of “love stinks” — like the writer and then subsequently the listener had a moment to think about what saying “love stinks” might actually mean after mindlessly agreeing, “yeah yeah”. Time to double down, it stinks.

END_OF_DOCUMENT_TOKEN_TO_BE_REPLACED

In dedication to ruthless criticism, I’ve tried thinking about these NFL demonstrations from every angle I am aware of. Kneeling is still a form of submission, and I’ve seen people post about secret society rituals as well. The fact it is so largely broadcast should give any thinking person pause as far as how the spectacle is designed to operate. However, there is something that really needs attention, and that I saw someone allude to in my daily twitter browsing of a few timelines. I’m paraphrasing, and mangling the original author’s wording, but as the rulers are forced to consume and regurgitate the populace’s frustration at this juncture, they are having to do so with their maws gaping wide open.

END_OF_DOCUMENT_TOKEN_TO_BE_REPLACED

Feeling sick and pessimistic, wanting to get some stuff off my chest before I try pounding out a piece on this upcoming Geostorm monstrosity. I sit in a small stuffy office all day reading letters from prisoners, setting them forth on a paper trail. I determine if there’s an immediate response to be given that explains to the authors something, anything, about what they can do in their situation, even if it’s simply informing them of their situation, or if there’s a possibility for a longer process that may work in their favor.

END_OF_DOCUMENT_TOKEN_TO_BE_REPLACED

“There are two facets to the CIA’s management and control of international drug trafficking, on behalf of the corporate interests that rule America. It’s important to note that the US government’s involvement in drug trafficking began before the CIA existed, as a means of controlling states, as well as the political and social movements within them, including America. Direct involvement started in the 1920s when the US helped Chiang Kai-shek’s Nationalist regime in China support itself through the narcotics trade.

During World War II, the CIA’ predecessor, the OSS, provided opium to Kachin guerrillas fighting the Japanese. The OSS and the US military also forged ties with the American criminal underworld during the Second World War, and would thereafter secretly provide protection to American drug traffickers whom it hired to do its dirty work at home and abroad.

After the Nationalists were chased out of China, the CIA established these drug traffickers in Taiwan and Burma. By the 1960’s, the CIA was running the drug trade throughout Southeast Asia, and expanding its control worldwide, especially into South America, but also throughout Europe. The CIA supported its drug trafficking allies in Laos and Vietnam. Air Force General Nguyen Cao Ky, while serving in 1965 as head of South Vietnam’s national security directorate, sold the CIA the right to organize private militias and build secret interrogation centers in every province, in exchange for control over a lucrative narcotic smuggling franchise. Through his strongman, General Loan, Ky and his clique financed both their political apparatus and their security forces through opium profits. All with CIA assistance.

The risk of having its ties to drug traffickers in Southeast Asia exposed, is what marks the beginning of the second facet – the CIA’s infiltration and commandeering of the various government agencies involved in drug law enforcement. Senior American officials arranged for the old Bureau of Narcotics to be dissolved and recreated in 1968 within the Justice Department as the Bureau of Narcotics and Dangerous Drugs. The CIA immediately began infiltrating the highest levels of the BNDD for the purpose of protecting its drug trafficking allies around the world, especially in Southeast Asia. The CIA’s Counter-Intelligence Branch, under James Angleton, had been in liaison with these drug agencies since 1962, but in 1971 the function was passed to the CIA’s operations division. In 1972, CIA officer Seymour Bolten was appointed as the CIA director’s Special Assistant for the Coordination of Narcotics. Bolten became an advisor to William Colby and later DCI George H.W. Bush. By 1973, with the establishment of the DEA, the CIA was in total control of all foreign drug law enforcement operations and was able to protect traffickers in the US as well. In 1990 the CIA created its own counter-narcotics center, despite being prohibited from exercising any domestic law enforcement function.”

Ah, 9/11, that time of year when a chunk of delusional nitwits drowning in sugary poison come together and post vom-inducing gifs that express how they will never forget uh, something, that they are sure they saw while they blissfully ignore the destruction and genocide the trauma-based mind control event has successfully hidden, for a large part. Way too fucking large. And then there are the real nuts, amirite, who think they are being lied to, distrust the media, aren’t so sure about this “natural disaster” business, and don’t want to pay insurance companies for something called “healthcare”. Where can a Good Leftist fit in? Madness! A pox on both of them, as the saying goes.

END_OF_DOCUMENT_TOKEN_TO_BE_REPLACED

This is a continuation of my current running theme regarding the massive undertaking to create a false left opposition in the states and also something I will revisit regarding what strategy in the states might look like.

The fake communist aesthetic that has been cultivated for years on the social media left and that is being capitalized on now erases countless kooky conspiracy groups of “nobodies”, regular folks, who are more “communist-minded”, as much as that can be a thing, than the hammer and sickle bearing radicool will ever be. Why? Because no matter what avenue of research that one undertakes to understand the real workings of the american fascist state, its anti-socialist and -communist programs are undeniable. Undeniable.

People who do not want to be lied to or governed by psychos will find themselves revealing the crimes committed against peace-loving revolutionaries americans have been trained to hate. Oh some “crazy” starts with SRA? They discover the murderous anti-communist Michael Aquino. They go on to read about the Phoenix Program. Some “weirdo” thinks media terror was exacted by a program of mind controlled serial killers during the 70s and 80s, and they go on to read the same researchers who dared to “go there” about continuing wars against the USSR after the WWII narrative said “oh that was neat and it’s all over” and when american aggression against Syria really began.

Communism is for us not a state of affairs which is to be established, an ideal to which reality [will] have to adjust itself. We call communism the real movement which abolishes the present state of things. The conditions of this movement result from the premises now in existence.

In another installment of the “huh huh the president are dumb monkey” files, Donald Trump looked at the sky with naked eyes during the eclipse. I guess that was one advantage to all the clamor created over getting the correctly approved “glasses” for “eclipse viewing”. In truth, one could have looked at the sun directly for a few seconds like they might on any given day. Apparently our eyes are “fooled” during such an event since we’re not seeing the sun’s brightness in totality. But this hype was all about our safety after all, for the public good. Yuh huh.