On the last day of my workweek on Friday (and my god it was a two day week at that), I was unfortunate enough to have so few auditory options that spanned more than three minutes uninterrupted by insulting shit or commercials on my commute that I tuned into CNN on the radio. Well it was just after a shooting happened on a Pensacola, Florida naval base, and I was receiving the latest “breaking news” on it from these appointed borg-minded dipshits from whose mouths only flow talking points! catchphrases! agenda! type of diarrhea.

This post is not so much about those happenings, though I am very interested in them, and no I do not think this signifies “deep state infighting” or warfare that I have already seen attributed to this incident. Rather, I’m trying to get some things out about how stupid we’ve all become, and if we are not stupid, we are being driven there by the lowest common denominators who’ve ruled anything supposedly “logical” in the age of the DUMB ORANGE MAN. But it’s proving to be difficult as it’s becoming harder and harder to find the few minds with whom you can, you know, actually have a conversation in which ideas are exchanged and the fruits of critical thinking are examined and debated on.

During the coverage, really story-making, of whatever the hell happened in Florida, it was so obvious what the audience was to come away with from this broadcast and infect their friends, family, and colleagues with — I mean, if they weren’t already in the know! A former Military Man, who had lived on the base a long time, who Knows This Life, says This Is Just Like Any Other Place in America. It’s Basically A City. We Have Children, There are Schools and Hospitals. We Are Hurting. It Will Take a Lot to Get Past This, but We Will Do It. He Lived There for a long time. He Still Has Family There. Even Gun Violence Happens There.

And over and over and over. Also, think about the Impressionable Young People just starting their careers, isn’t this terrible? Is There A Trend, Considering Pearl Harbor? From the top of the report, CNN couldn’t tell who the perpetrator was or where they even were in this sprawling complex. By the time they came back from the break, hey he is is dead! And as we all later discovered, it was a Saudi Military Member whose actions were declared as Barbaric according to Trump and it May Be Terror Related! Still unclear on the number of casualties or fatalities though. Insert sadface emojis floating up on this developing story!

On my way home, since I was already hooked on this voyeuristic aural adventure, I found out this was the secondary breaking news story from Wolf Blitzer’s faux-serious — really, mocking and arrogant — tone at the present hour. Onto the impending impeachment! That is almost certainly going to happen! The liberal media establishment cyborgs just love taking potshots at anyone who appears Conservative, or from Fox News, they live for it! And don’t they absolutely mean every word they say.

The thing is they couldn’t string two coherent thoughts together if they tried. They have to rely on everything that has “indisputably proven” already, like “Russian meddling” to signal such an outrageous lie is completely different from uh the “debunked conspiracy theories” of Ukrainian meddling, as Trump apparently claims. Whatever claims the man himself makes, as if he can even speak for himself as an individual in such a way that can be truthfully reported on in any meaningful sense, there is an intended element of 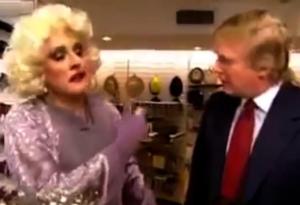 truth that provides the foil to the bloodthirsty DNC and their goals to make due process a thing of the past and cut off such a right, however flawed in practice, ever being formed in an american mind. Like the history of the USSR and its importance to every worker in the world, such a practice ever existing will not be confirmed or denied. It will be simply sidestepped and another answer given for a question that was never asked. And this erasure is not just to faux-punish their favored boogeyman, it’s to dissolve such process for any one of us at any given time.

These actors do their best to portray a “resistance” mirror image to “Trump’s America” that reflects anything but. It is quite nauseating to subject yourself to this, and I do not recommend it to anyone who knows the history of western dismantling of the USSR and their continued punishment of Ukrainian workers who do not bow to the NATO Nazis western leaders currently prop up — not only Biden, but Corbyn, Sanders, Warren, the whole mindless swarming mass of leeches going through all the motions to supposedly prove they will so benevolently bestow “free stuff” upon us. This history simply does not exist to them or their followers, and they erase and piss on the numerous graves of revolutionaries with every new mindless phrase they invent and repeat.

Liberals scare the crap out of me. If there is an element of society that can be likened to the zombie meme as it is presented in masscult, then it would be liberals with their adoption of the worst aspects of tech that actually zaps their brains with messages and tracks their biological/physiological reactions to them. Have you encountered one who doesn’t wear a Fitbit (?) or an iWatch (??) or those fucking ear pod things? Have you tried talking to someone who constantly has a stream of the aforementioned diarrhea being funneled into their cranial space? They operate exactly as the CNN bots: I’m saying strings of words relevant to the current situation that are designed to signal to you I am turned on and tuned in.

And if you’re not, and you’re not taking this in and floppily nodding back like a manipulated dead fish? Well it’s as easy as understanding who “populist Trump” is

supposed to represent, a whole ball of whitesupremacistsovietredrussianassetnazi that the ruling class actually wants you to see as Bolivians, Venezuelans, and Syrians who have lived to see many days under the leadership they support; Haitians who resist imperialist rule.

Every proclamation coming from “Trump’s camp” about the farcical impeachment show and the occasional salient point about the lack of mandate the democrats pretend to operate under are smugly laughed off by these henchmen and women.

What they are laughing off is the requirement for something that is still known as evidence needed to prosecute someone for crimes that can actually be documented as having ever occurred. Trump doesn’t look right, he doesn’t talk right (covfefe anyone? though these little minds couldn’t dream of brushing up on their Mandarin as much as their “stupid” leadership does) — he is simply deemed guilty (of what that his predecessors haven’t done and worse?) without evidence of these vaguely described offenses, and CNN talking heads say this openly, verbatim, but their condescension is not actually directed at Trump.

It’s your stupid brain for thinking you have legal processes owed to you; the right to privacy and your own thoughts; or for maintaining a shred of dignity about your existence apart from this crushing completion of the fascist state that must transform all its subjects into holographic ghosts that can be read in simple strings of 0s and 1s that make up what was once human. And frankly, that human form in all its glorious messiness has probably not existed since the 1970s. “Free range” without the constant pestering from know-nothing chattering busybodied “early adopters” to collect people for the right aesthetic and playact living a cultured, meaningful life.

The pressing issue of the day according to the braindead “news” followers continues to be one’s approval of or disappointment with Trump as a singular figurehead. The fuzziness of the accusations floating around Trump attack nothing real and the accusers could not care less about indicting the true crime of occupying an office under this slave-making state. “Collaboration” is not a crime, statecraft and the formation of alliances are not crimes, but the perfectly planned drama playing out in the media is to assign crimes to those who oppose the absolute rule of american imperialism both within and abroad while the fruits of american “nation building”, the servitude expected of “allies” who drape the window dressing of sovereignty cannot be named as crimes.

The brutalization will increase and people will continue to view it as not much more than entertainment that isn’t even speculated on. The regularly scheduled slaughter of us commoners has numbed the population to accepting what will form an overarching, contiguous internal army whether or not the latest events are to be read any deeper than random gun violence or Terrorism™ and taken seriously. And how can you if you’re already dead inside, or surrounded by those who are, with their gadgets accurately ticking away to the final second in which independent humanity disappears?

How can you prosecute the walking dead? If you never existed, if you weren’t meant to, there’s nothing left to prove, you were never even here and the worlds of the compliant dead and the curious and questioning fading into the twilight might as well exist in parallel universes. It is useful to understand the symbolism of the american presidency at the moment — allegedly the most important role for the rest of the world suffering under it — and how it can be retracted when convenient with the blame for its existence under such a supposed buffoon spread out among those who were so desperate about their situations they had no other choice but to elect him. Death becomes us on all sides, and to me, the details about the “witnesses” to make impeachment appear legitimate aren’t as important as the larger show that’s designed to turn us into permanently snarking teenagers laughing our way to the grave we gratefully dug for ourselves.